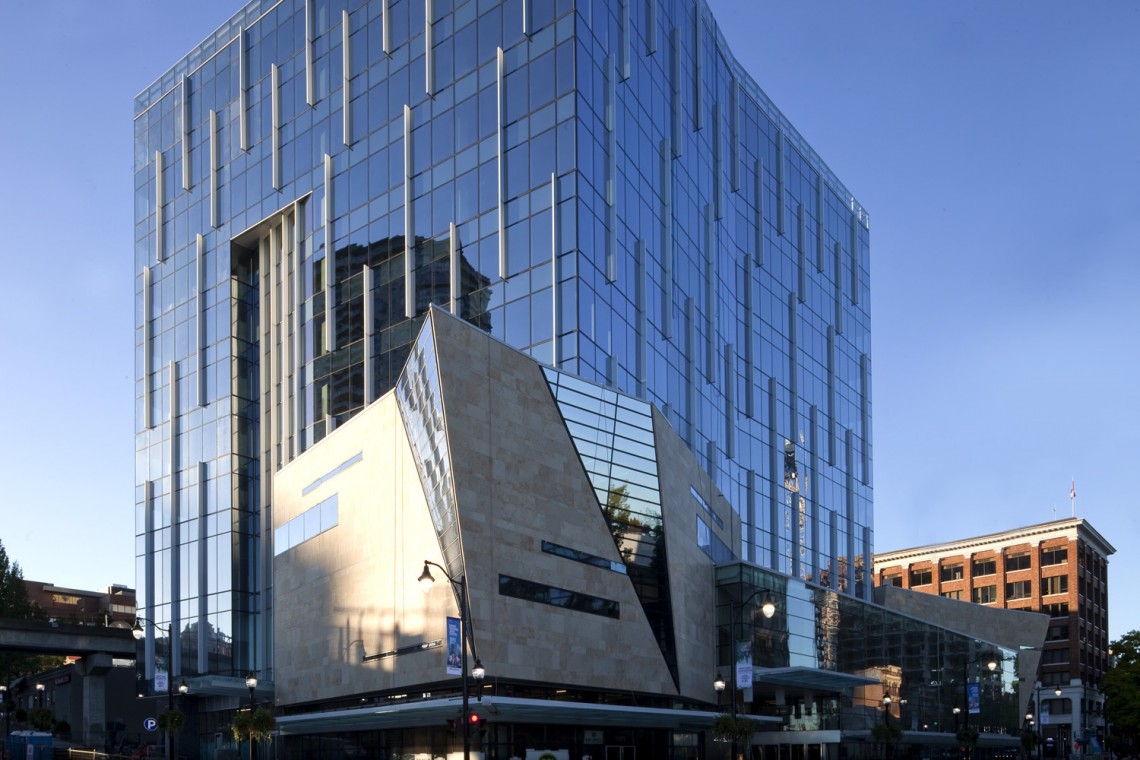 Recognition by your peers is often seen as the highest honour of any award. In our industry, that award is distributed by the Fenestration Association of BC, otherwise known as Fen-BC.

Once a year, Fen-BC presents a singular, prestigious award in recognition of projects that have demonstrated ‘design or construction excellence, energy efficient buildings, or new uses of technology’.

Phoenix Glass was recently awarded the prestigious title for The Anvil Centre. Designed as an iconic structure at the gateway to New Westminster’s downtown, the space was conceived as a versatile environment for conferences, trade shows, meetings, special events, and community programs. The angular building design required some challenging engineering on the part of the Phoenix team, including large, hanging structural canopies and structural glass walls.

The award was presented on October 23rd at the Fenestration West Conference in Surrey, BC. In attendance were members of the fenestration industry, including engineers and architects. The award will also be covered within Fenestration West, a publication of Fen-BC.